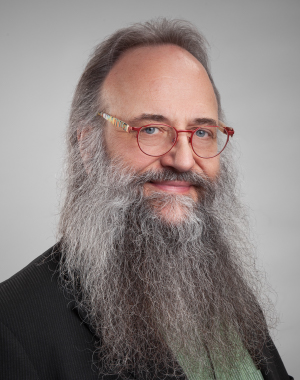 Michael Carus (MSc),  physicist, founder and managing director of the nova-Institute, is working for 30 years in the field of Bio- and CO2-based Economy. This includes biomass feedstock, processes, bio-based chemistry, polymers, plastics, fibres and composites, as well as recycling. The focus of his work are market and trend analysis, sustainability, political framework and strategic consulting for Industry, Policy & NGO’s. Michael Carus is considered to be one of the leading experts and market researchers in Europe on Bio- and CO2-based and Economy and especially the industrial material use of renewable carbon. He is actively involved in building networks in the fields of renewable chemicals and materials. Mr. Carus is a member in many societies, associations and international organisations. Carus is consultant on policy in different countries in Europe, Asia and America. Michael Carus is main author of different fundamental reports and policy papers on Bio- and CO2-based Economy in the EU: www.renewable-carbon.eu/publications

Michael Carus has studied physics at the University of Cologne. Following his studies he worked as a scientific staff member for nuclear energy and environment at the University of Tuebingen, as a scientific journalist for different professional magazines (environment and technology), at the KATALYSE-Umweltinstitut in Cologne (environment and resources), for the US company Tektronix GmbH in Cologne (IT system management) as well as for the company Flachglas Solartechnik GmbH in Cologne (solar power plants) until founding the nova-Institut GmbH with other scientists in 1994. Since its foundation Michael Carus, together with Dirk Schubert, is the managing director of the nova-Institut and head of the departments “Bio-based Economy” / “Renewable Carbon”. Carus was managing director of the European Industrial Hemp Association (EIHA) (2000 – 2018); nova-Institute as executive office of EIHA was member of the Lead Market Initiative (LMI) „Ad-hoc Advisory Group for Bio-based Products“ (2010-2013), and is member of the Technical Committee, CEN/TC 411 “Bio-based products” (since 2011), member of the “Expert Group on Bio-based Products” of the European Commission (since 2013), member of the Thematic Working Groups “Biomass supply” and “Market-making” of the “Bioeconomy Panel” of the European Commission (2013 – 2014), as well as member of the SCAR Foresight experts group “Sustainable Bioresources for a Growing Bioeconomy” (2014 – 2015) (SCAR means Standing Committee on Agricultural Research) and Member of the “Expert group for the review of the bioeconomy and its action plan” (2016 – 2017) of the European Comission. Carus was founding member association CO2 Value Europe (with the topic of CO2 utilisation) and in 2018 he created the “Independent Bio-based Expert Groupe” in Brussels. In 2020 Michael Carus and his team launched the world wide “Renewable Carbon Initiative (RCI)”.