Ask us about the future

The renewable carbon economy is a young and dynamic sector. New discoveries in chemistry and Industrial Biotechnology are made all the time – it can be hard to keep track. nova monitors research and developments closely, evaluates emerging technologies and assesses their potential. 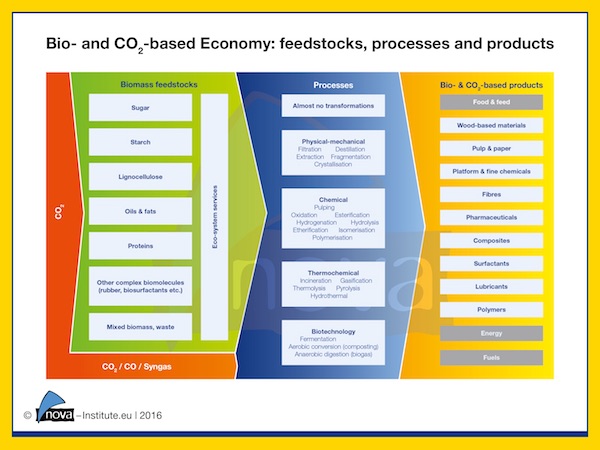 One of the most promising technologies of the future is the use of CO2 as feedstock and much work has been done in the field of carbon dioxide capture, purification, and transformation into useful and new fuels, chemicals and polymers. This is why we organised the first of our annual conferences on the topic in 2012.

The explosion of interest in CO2 in the last few years has led to a new awareness at industrial, societal, and scientific levels with the result that carbon dioxide is no longer considered a mere waste product, but rather an abundant, low-cost raw material. Moreover, using carbon dioxide as chemical feedstock plays a key role in the sustainable future of the chemical industry and opens up new prospects for solving global challenges, and in the end, it could help to boost a low carbon society. High on the European research agenda, scientists and engineers around the world are very active in Carbon Capture Utilization (CCU) research, especially in the fields of solar fuels (power-to-fuel, power-to-gas), but also in CO2-based chemicals and polymers.